The Best Day of the Week for Winter Shoes Shopping 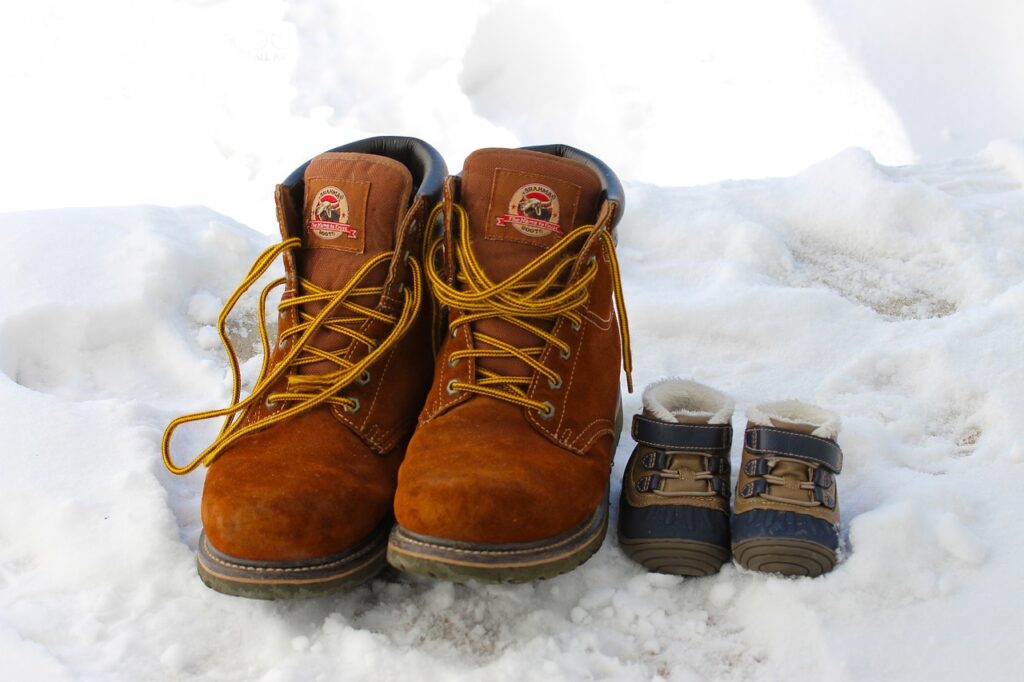 Do you like to spend your Sunday evenings browsing the internet and doing a little online shopping?

Well, according to Google, you’re not alone. Google search trends from 2018 and 2019 showed that more shoppers search for the keyword, “winter shoes,” on Sundays than on any other day of the week. The second-highest number of searches for winter shoes was recorded on Saturday followed by Tuesday. 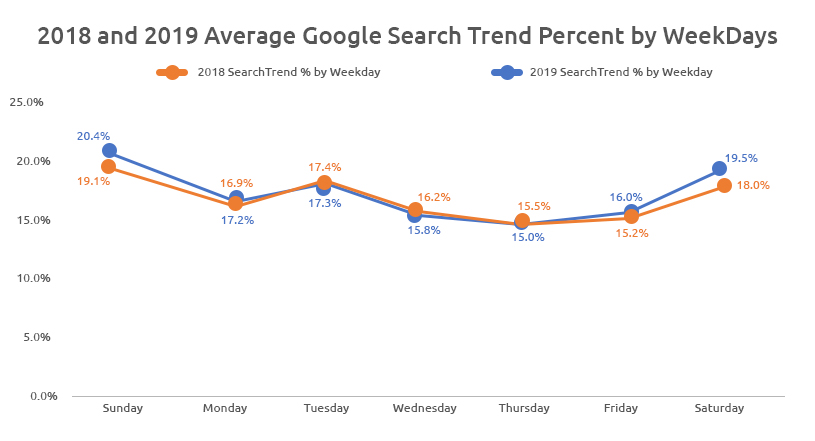 For retailers, this means that winter shoe deals are more likely to attract potential customers on Sunday, Saturday and Tuesday.

But for consumers, does this mean Sundays are also the best days to get the best value for your money? To figure that out, we can use pricing data to determine which day of the week is the best day for consumers to get a deal on their favorite pair of winter shoes. 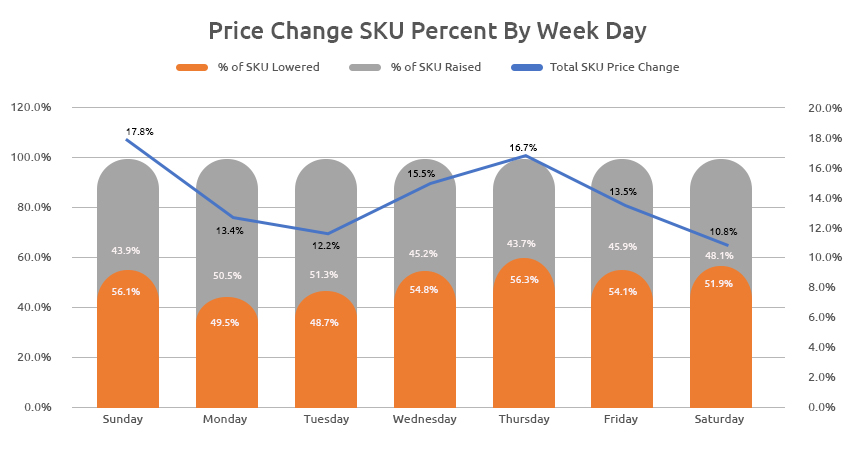 In 2019, despite occasions like Thanksgiving (Thursday) and Black Friday falling on days of the week other than Sunday, winter shoes still had the highest number of price changes (17.8% SKUs) recorded on Sundays. More than half of these price changes (56.1%) on Sundays were to reduce the price of the shoes, meaning online retailers were offering the best deals on winter shoes on Sundays.

Using the data from Google trends, it can be concluded that sellers should provide the best deals on days of the week when there are more potential consumers looking to buy their products (i.e. Sundays, Tuesdays, and Saturdays). Currently, sellers seem focused on offering deals on Wednesdays, Thursdays, and Fridays when online demand for winter shoes is less.

For Shoppers: If you’re in the market for a new pair of winter shoes, the table below will show you which brands to look for, along with which days of the week you can get the best deals on the winter shoes you love, according to the price of the shoes. There’s even a chart to help find retailers offering the best winter shoe deals.

1. Sundays are the best days to get the best deals on winter shoes for these 10 brands.

2. Winter shoes retailing between $50 and $100 were found to be most likely to go on sale on Sundays. 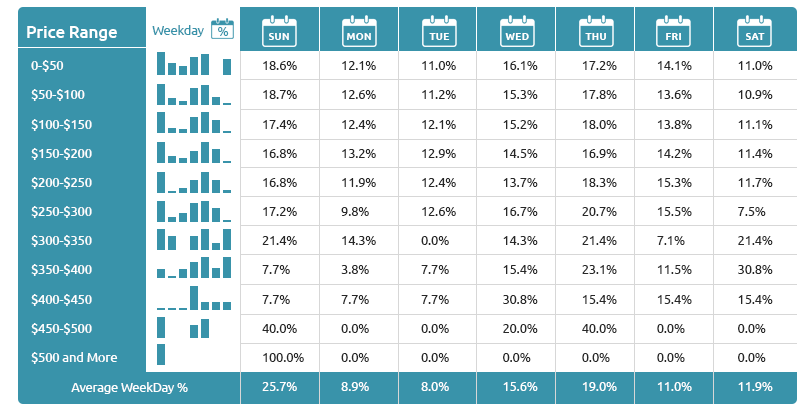 3. Top 10 online platforms that are the most likely to lower the prices on winter shoes on Sundays.