Supports international language and monitor country specific TLDs of Google, Amazon, & other platforms in languages other than English

Best Deals on Winter Shoes are on Amazon and Zappos 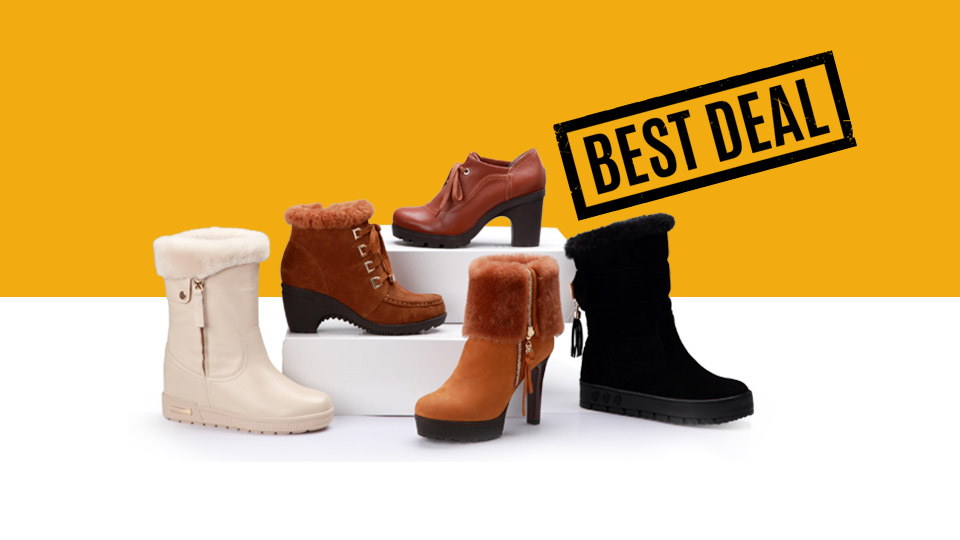 You heard it here first: Nobody Gives The Best Deals on Winter Shoes than Zappos and Amazon.

Amazon acquired Zappos in 2009 in an all-stock deal worth around $1.2 billion. After the acquisition, Zappos CEO Tony Hsieh reportedly said that he’d prefer the headline “Zappos and Amazon Sitting in a Tree” over the headline “Amazon Acquiring Zappos.” Now, over a decade later, we’ve seen the two companies sitting in a tree quite cozily.

And it’s definitely the tallest tree in the shoe industry.

These two e-commerce giants own the spot of the top retailers providing the lowest-priced shoes.


For winter shoes, you’ll get the best deals when you shop on Amazon followed by Zappos.

Does the same trend hold true for specific categories of shoes?

Indeed, it does. For winter shoes, you’ll get the best deals when you shop on Amazon followed by Zappos. Our price data analysis on winter shoes reveals that Amazon.com owns about 13% of the low-priced winter shoe share. Add Amazon 3P marketplace sellers and Amazon edges out Zappos with a total of 36% share. Zappos claims 25% of the share. 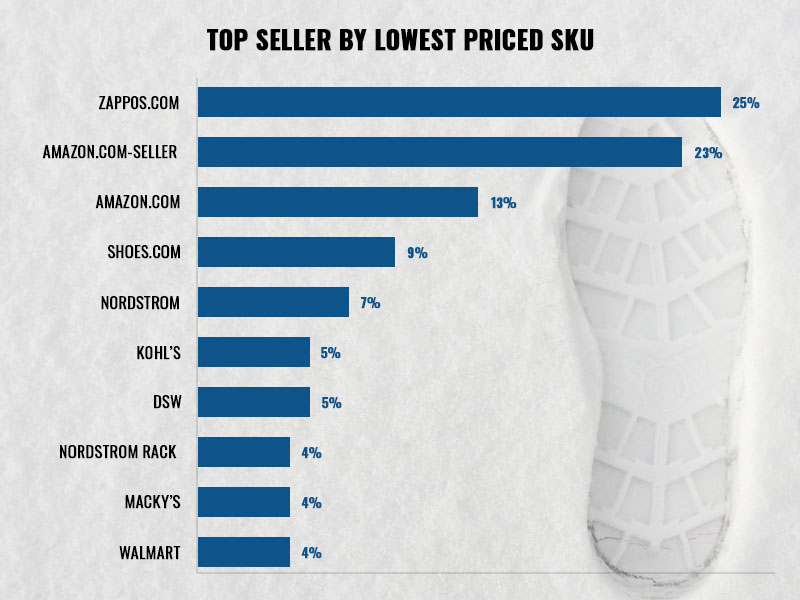 How Price Adjustments Affects our Analysis?

Zappos and Amazon are not only offering the lowest-priced shoes but also doing the most dynamic pricing. This indicates that their prices are more competitive than other retailers. In fact, the two companies had the highest number of price changes. 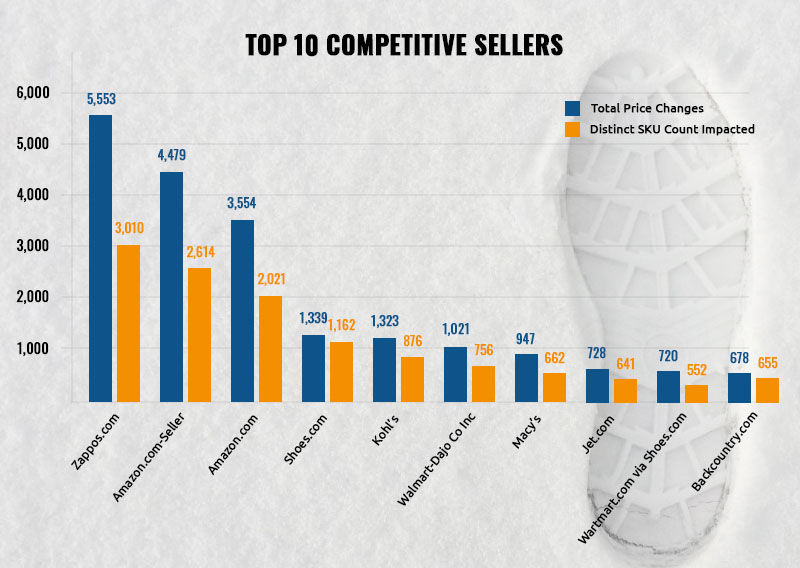 Amazon dominated changing its prices more often than Shoes.com, Kohl’s, Walmart, Macy’s, Jet and Backcountry combined. Zappos had more price changes than Amazon, coming in as the most competitive seller in terms of price changes. No wonder Amazon and its subsidiary are attracting more customers!

If you are an retailer, one option to gain market share is to go head to head with Zappos or Amazon, a pricing strategy that may not be feasible for everyone. Since Amazon’s seller market alone owns nearly a quarter of the low-priced footwear, merchants may also consider putting their products on the Amazon platform to help boost sales.

With all this competitive pricing data in front of us, it’s no wonder the two sister companies are occupying the top two positions in price competitiveness spectrum with lowest priced products in multiple footwear categories.

Need to discuss your strategy?